Elisava students design outside the box with 3D printing 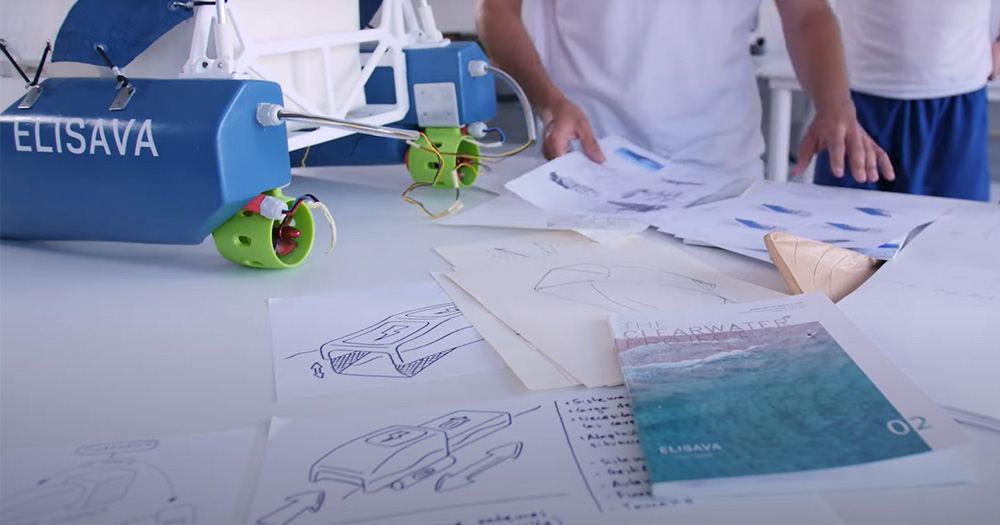 At Elisava, Barcelona School of Design and Engineering, Undergraduate Degree students have been utilizing 3D printing as a way of exploring different design possibilities and tremendously speeding up their processes. We spoke to the teams of TRUSTTO, Clearwater and 4GRILLS, who each implemented 3D printing for the design and creation of a stretcher, automated rover and grill.

Situated in Barcelona, Elisava is a university specialised in engineering and design. The university’s vision is to equip students with a deep understanding of a wide range of technologies, including 3D printing, so that upon entering the world of work they will have gained in-depth perspectives on how each one functions and how the industry will continue to advance in the future.

“3D printing is profoundly changing the way we design and produce. It allows us to try things quickly, and also to envision shapes that we were not able to fabricate before.” – Oscar Tomico, PhD, Head of the Undergraduate Degree in Industrial Design Engineering.

For the past year, the students at Elisava have been hard at work conducting product design projects from start to finish. To see just how 3D printing was factoring its way into the processes of the students, we spoke with teams dealing with the fabrication of 3 unique products. 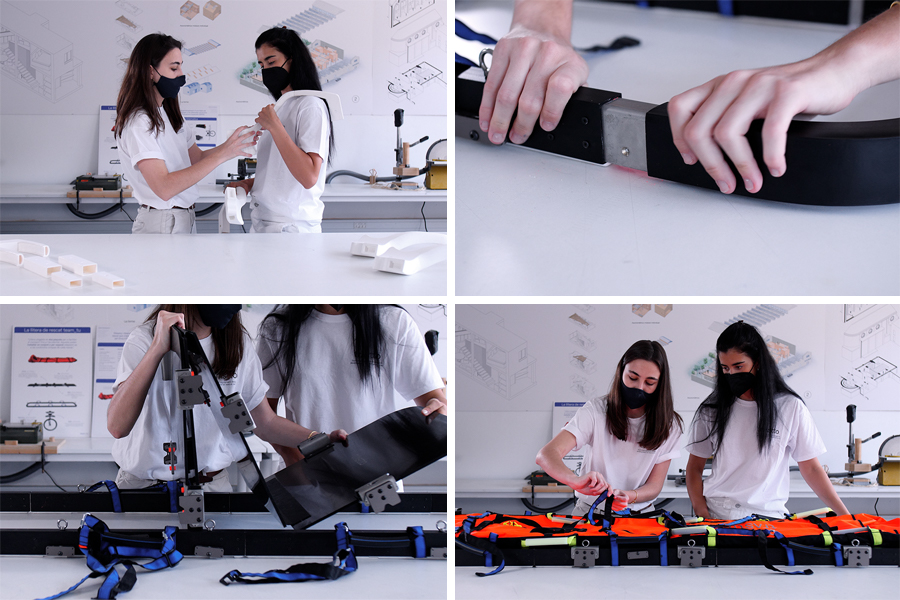 During the Covid-19 pandemic, an increased number of people venturing out into nature led to a subsequent rise in the frequency of rescue missions. Rescue teams were becoming more aware of issues with their stretchers, and so TRUSTTO was inspired to begin working with them to pinpoint the issues that they were facing, focusing specifically on transportation

To handle the tough conditions of a mountain rescue, TRUSTTO’s stretcher needed to be assembled quickly, rigid, weather resistant and lightweight. The project was split into two teams. 3D printing meant that both teams could carry out rapid prototyping, and IDEX technology allowed them to create complex geometries with the use of soluble supports.

For the base of carbon fibre that joins onto a foldable aluminium structure, one team used 3D printed parts for inserts in the structure, and chose PLA for its cost efficiency and ease of print. The other printed a wheel in TPU, which would otherwise be a very expensive industrial process.

TRUSTTO were grateful for Elisava giving them the opportunity to understand how the 3D printing process differs from traditional processes, learning how to use the software and optimize the components of their stretcher. 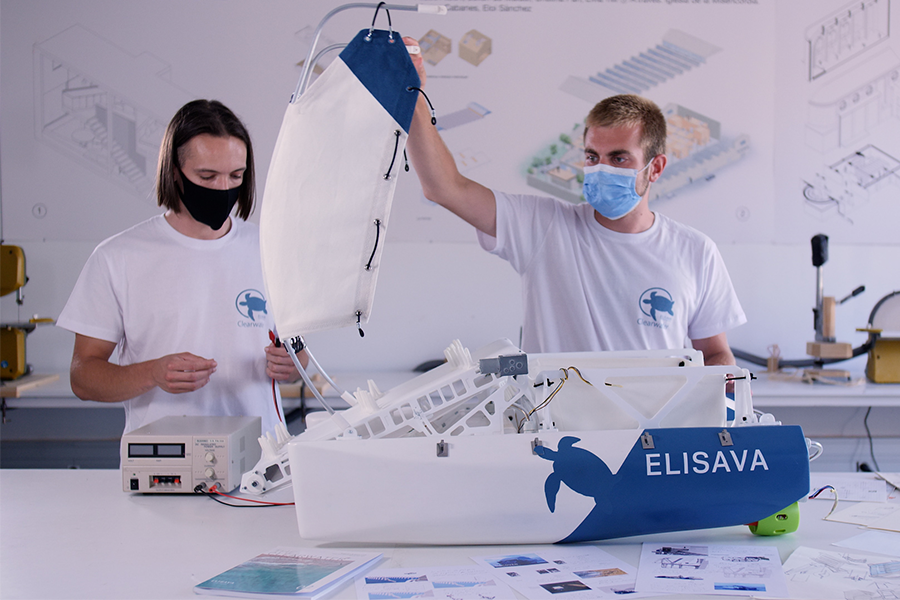 The fact that an estimated 8 million tonnes of plastic makes its way into our oceans every year is a scary thought. The purpose of Clearwater’s project was to construct an automated rover to free marine areas and ports of plastic pollution.

After analysing existing products on the market, Clearwater concluded that they wanted to strike a balance between small automated rovers and large ones that required a human operator, and find a middle ground that would still be impactful. Scaled at 1:3, and at a current size of 1m3, their rover uses a battery-powered conveyor belt to remove and store up to 250 litres of trash from the water.

While other rovers contain metal conveyor belts, the Clearwater team was looking for something more lightweight. In total, ¾ of the rover is 3D printed: the hulls in ABS for its toughness against sea conditions; ABS for the springs and bridge; TPU for the flexible, rubbery bristles; and PLA for some more rigid parts.

For the 70 required bristles, IDEX technology came in handy by saving them an immense amount of time cleaning away supports by hand. Instead, the supports were easily dissolved in water. 3D printing allowed the team to create big parts that could sustain the weight of other components, and to play with different configurations to get varying compositions and characteristics of the materials.

“The enclosed capsule of the printer allows us to control the temperature and the conditions, so that the final parts are much more professional.” – Alejandro Arasanz, Clearwater project. 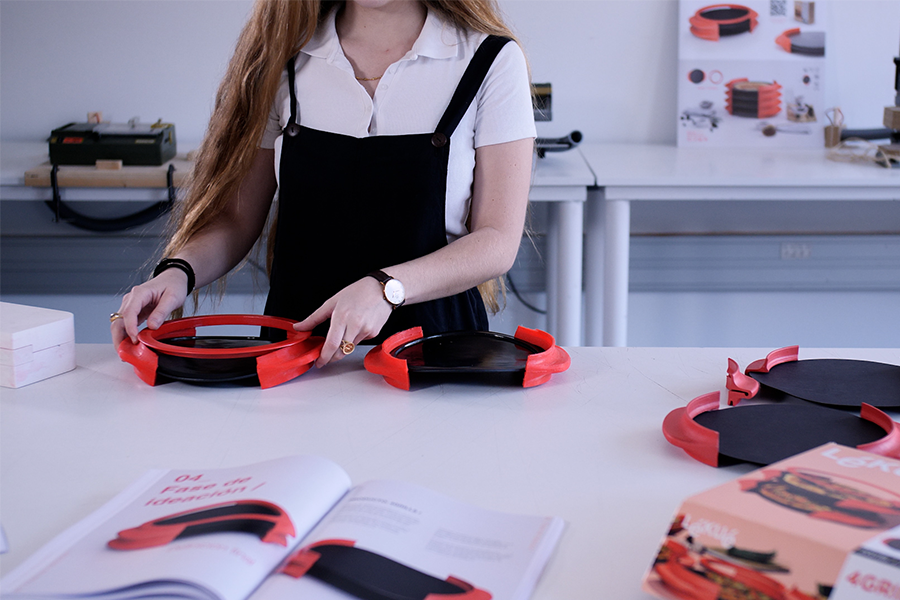 Meritxell Clarens describes the kitchen as a place for interchanging between cultures, creativity and perfecting techniques. She was looking for an innovative way to expand on Lékué’s products with a design that invoked happiness, a healthy lifestyle, and simplified the meal preparation process.

Thus, 4GRILLS was born; a layered grill that functions as both a plate and pan with a built-in dough cutter, for the making of dough-based products such as crepes, pizzas and quesadillas.

During the prototyping phase, Meritxell used 3D printing to print parts in PLA in order to experiment with the visual aspects of the piece, finally opting for red as the classic stamp of the vibrancy and energy of the Lékué brand.

For the final version, consisting of a layered grill and cutter, Meritxell 3D printed the cutter in ABS. Since it did not need to be placed in the microwave, ABS provided the rigidness needed for cutting dough.

3D printing sped up the whole process immensely, by only using the necessary amount of material, and allowing for quick testing of the flexible and rigid pieces and the functionality and shape of the product.

All in all, the students in each project used 3D printing technology to improve on their product. Each one has immense potential to be something available on the market to improve ergonomics and demonstrates the many different ways 3D printing can revolutionize processes, from design to manufacture. 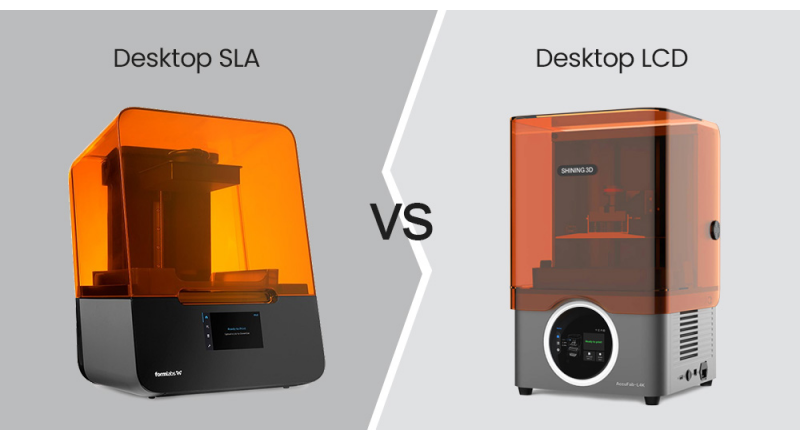 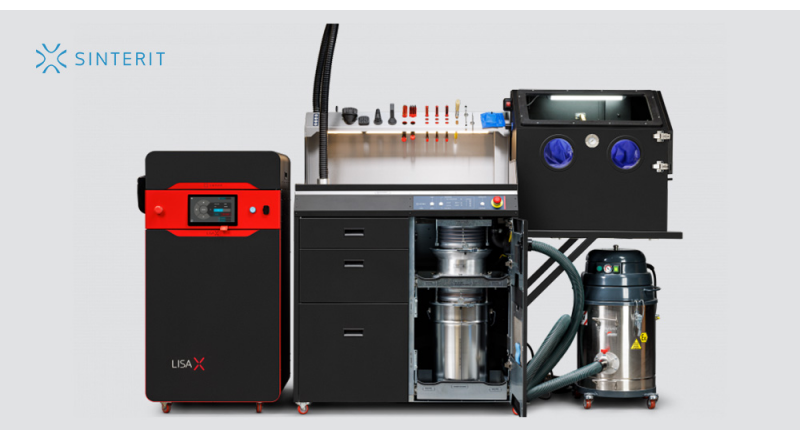